Mathematician Graciela Bevacqua still recalls the humiliation she felt when she was forced from her job at Argentina’s statistics agency for refusing to doctor data. She was depressed, had money problems and then faced a criminal investigation for later releasing her own inflation estimates.

Today, nine years later, she is back at the agency, now in the No. 2 position at Indec. She is trying to organize a tarnished agency’s data collection as part of President Mauricio Macri’s feverish push to overhaul 12 years of populist economic policies and revive a stagnant economy.

Fixing Indec’s tabulation of data is vital if Mr. Macri’s U-turn of a broken economy is to work. Inflation figures, which are as closely watched here as gas prices in the U.S., are vital for businesses to budget, for unions to plan wage negotiations and for the state to determine the poverty rate so social services can be efficiently directed.

In his first two weeks as president, Mr. Macri has removed most agricultural export taxes, cut personal income taxes, and announced a $500 million shale-oil investment. He has also packed his cabinet with business executives such as Finance Minister Alfonso Prat-Gay,who once ran the currency research unit at  J.P. Morgan Chase & Co., and Energy Minister Juan José Aranguren, who was the CEO of Shell Argentina.

“A new era has come,” the 56-year-old Mr. Macri, a former Buenos Aires mayor, said recently. “We aren’t going to resolve the problems from one day to the next, but great transformations are done with small steps.” 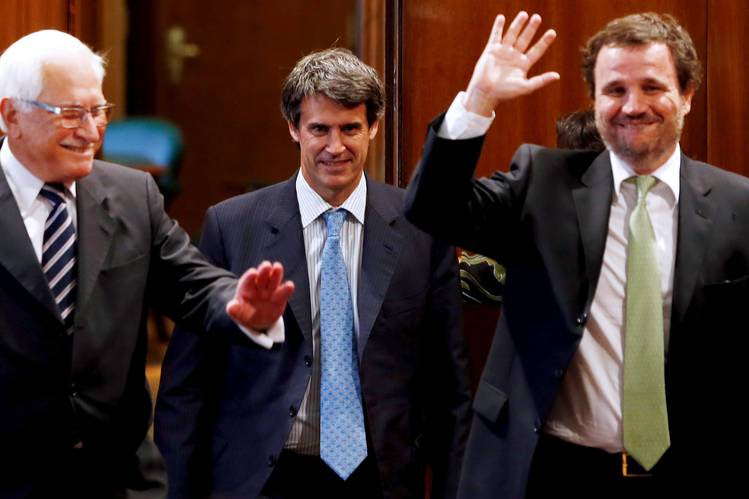 To Argentines, the steps have been anything but small: The new president has lifted currency controls put in place by his predecessor, Cristina Kirchner, resulting in a sharp but smooth devaluation of the peso by allowing Argentines to buy dollars freely for the first time in four years. He opened talks with international banks to obtain at least $5 billion to reinforce foreign-currency reserves, which economists say have been nearly depleted over the past four years because of currency controls.

“They are moving rapidly, starting with appointing the key people,” said Arturo Porzecanski, a professor of international economics at American University who closely tracks Argentina’s economy. “But there is a long and difficult road ahead to dismantle the populism put in place during the last 12 years.”

Mr. Macri’s overhaul is already being felt in tangible ways. On Monday, the Economy Ministry will issue $2 billion in dollar-denominated bonds to importers, who were denied dollars by Mrs. Kirchner’s administration. The bonds, which will have an annual coupon rate of 6%, can be used by importers to settle payments for goods they have already brought into the country, the Economy Ministry said. Importers say the central bank owes them about $9 billion because of the government’s tight control over the supply of dollars.

In January, officials will start negotiations with bondholders to resolve a long-running dispute that has prevented Argentina from tapping global financial markets. Mr. Macri is also aggressively moving to purge a state bureaucracy loaded with Kirchner appointments by reviewing some 24,000 contracts signed in the past two years. On the international front, he has taken on Venezuela’s socialist government, calling for a release of political prisoners.

“All of the measures are aimed at unleashing private investments,” said Carlos Melconian, a top economic adviser to Mr. Macri and the newly appointed president of the state-owned Banco de la Nacion. 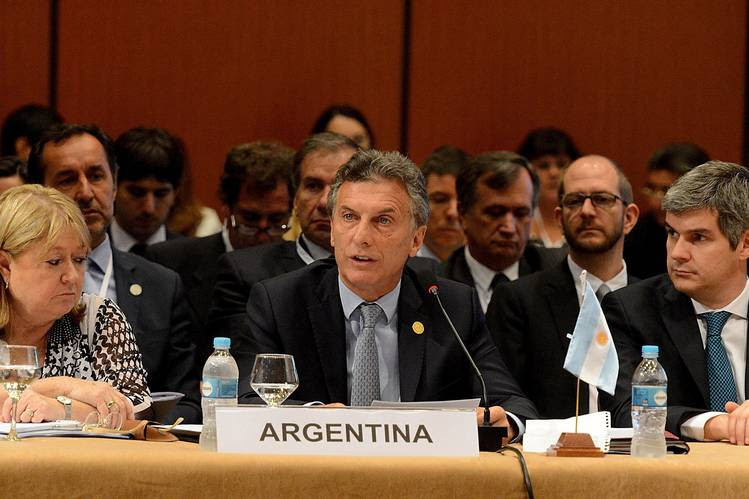 Mr. Macri has boosted investor interest in Argentina. Since his election in November, prices for Argentina’s benchmark dollar-denominated bonds due in 2033, which fell into default last year, have jumped, lowering yields. Prices increased from 101.5 cents on the dollar to 112.3 cents, and recently traded at 112 cents on the dollar. After the peso weakened to 13.9 per dollar from 9.8, the biggest depreciation since peso-dollar parity ended in 2002, it has strengthened. On Thursday, the peso was trading around 13.07 per dollar.

“That is a malicious or ignorant position,” said Mr. Kicillof, now a congressman. “It isn’t a question of competitiveness, but rather to convert Argentina into a country with a very cheap workforce in dollars.”

At Indec, the new director, Jorge Todesca, a former deputy economy minister, said he found an agency in disarray, forcing him to suspend the publication of economic data.

The government’s first priority at Indec has been to return statisticians, and other longtime civil servants who were demoted or fired, to their old jobs. Mr. Todesca said employees who doctored data would also be removed. 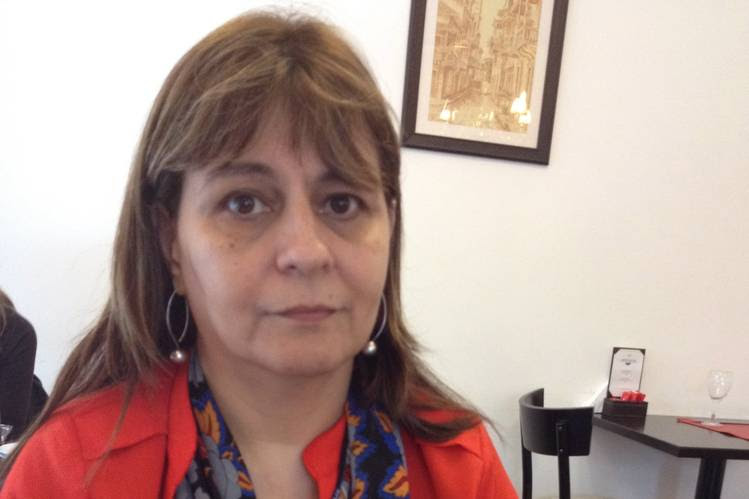 Graciela Bevacqua, a mathematician at Argentina’s statistics agency, said she was pressured in January 2007 to manipulate data. After refusing, she was fired from her job, an account backed by an anticorruption prosecutor at the time. PHOTO: O GLOBO/GDA/ZUMA

“The institute lost a large part of its human resources. For a statistics institute, this is a deadly blow,” Mr. Todesca said at Indec’s offices, where pictures of Mrs. Kirchner and her late husband, Néstor, still hang in the halls. “What was published was highly manipulated.”

Indec’s problems began in 2006, when workers say Mr. Kirchner’s commerce secretary, Guillermo Moreno, pressed the agency to identify companies surveyed for the consumer price index, which until then had been kept secret to prevent manipulation. By the end of that year, inflation had gone up, threatening to undermine Mrs. Kirchner’s campaign to succeed her husband.

“They needed to control the source of information … to give the sensation that the country was in better shape,” said Sergio Berensztein, a political analyst.

In January 2007, Ms. Bevacqua, who was responsible for running Indec’s consumer-price index, said she was pressured to manipulate data in response to her forecast for inflation that month. After refusing, she was fired, an account backed by a corruption prosecutor at the time, Manuel Garrido, who investigated the case. Days later, Indec data showed January inflation at 1.1%, lower than Ms. Bevacqua’s prediction.

“They cut my legs out from under me,” said Ms. Bevacqua, whose case led anticorruption prosecutors to investigate Mr. Moreno. “I had a normal career as a civil servant in a statistics institute. I had a normal life.”

Mr. Moreno didn’t respond to requests for comment. He told a local television program recently that Indec’s data was accurate, and he accused economists of self-interest in reporting higher inflation figures.

Indec workers who refused to doctor data were demoted to dingy offices without equipment, according to the public employee union, an account backed by Mr. Garrido’s findings. Others say they received threatening phone calls and were hassled in the building’s hallways, union leaders said.

Indec’s reputation was ruined, leading private-sector economists to publish their own data that showed rampant inflation two or three times higher than official figures. This year, private economists say inflation will be about 25%.

The government went after the economists, which included Ms. Bevacqua. While most were slapped with a $125,000 fine over accusations of defrauding consumers, Ms. Bevacqua was hit with two fines worth a total of $250,000 and a criminal prosecution.

The possibility of a prosecution has died down, and now Ms. Bevacqua is focused on restoring faith in the agency’s data collection.

“I don’t want vindication,” Ms. Bevacqua said. “We found an institution completely dismantled. It has deteriorated in every sense. We are going to resolve this, but it is very complicated.”

— Alberto Messer in Buenos Aires and Julie Wernau in New York contributed to this article.

Write to Ryan Dube at ryan.dube@dowjones.com

To receive more information,
please leave us your mail.